It's not done yet - and if it were, I'd still wait to release it, especially with the recent Der Langrisser release. Instead, this post is to whet your appetite a bit for the definitive English edition of this fantastic game.

New in v2.0 deluxe:
-A complete edit and polish of the script
-Font is now fully variable-width (courtesy of RedComet from Twilight Translations)
-Each chapter now has its own unique font, for a total of nine fonts (including the default system font)
-Rom has been expanded to allow for more fonts and more text

Currently, I've edited the Old West, Near Future, Sci-fi, Present Day, and Bakumatsu chapters. That leaves the Prehistoric, Ancient China, Medieval, and Final chapters to go - and Prehistoric has virtually no text anyway. There are still some glitches in the code as well; nothing major I don't think, but they're issues that do need to be resolved in the end. Regardless, this should be done very, very soon. 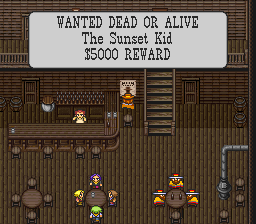 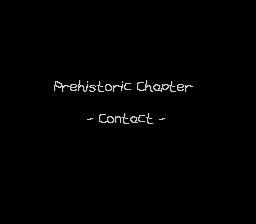 Dropping a quick note to announce Super Robot Wars 1. It's mostly done - barring a few yet-untranslated strings. Easy to insert when they are done though. Expect it very soon, like possibly within the next 24-48 hours, if all goes as planned...

We have, as I'm sure you can tell, undergone some substantial changes. The website is still not 100% functional, but the core works - current news and projects, at least. Old news will probably end up in html files linked from somewhere (possibly another news post.)

The new site is great! It's all PHP-powered for ease of updating, it's a hell of a lot cleaner server-side than the old one, and we even have some fun new things like the Random Completed Project pane on your right and the randomized banner up at the top of each page. The title quote rerandomizes on each page, as well!

Most importantly, however, is that the new system allows me to grant posting accounts to other people (translators, utility writers, script proofers, what-have-you.) This will be the first time that other voices will be heard on the front page, and I'm very, very excited about it! The old setup made it seem like Aeon Genesis was just me - and while I am the primary hacker for nearly all of our projects (La-Mulana being the exception) the truth of the matter is that there are a lot of other people working with me to help get these games to the masses.

So yes, welcome to the new Aeon Genesis! Do be sure to thank Datschge of SNESMusic.org and satsu for their help with the PHP and CSS! I appreciate the aid very, very much! The annual release will occur later today. (Sorry to disappoint, but the release is not a Super Robot War.) 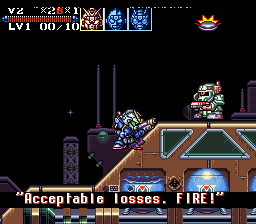