Please do not panic if nothing shows up at midnight tonight. I've done midnight releases in years past, but this year I'm going to be visiting family today and tomorrow, and will be staying overnight in a place with no internet access. As such, tomorrow's release will be arriving later in the day, rather than in the morning.

The likes of which we've not seen in several years! More than I can count on one hand! Just don't, you know, complain. And I know some of you are GOING to. We went with canon wherever possible.

Yes, I'm being deliberately cryptic. But you'll like this.

Do you love what we do here? Do you enjoy older games from days gone by, or perhaps feel that the current generation of games is lacking something? Have you ever wanted to support Aeon Genesis, but haven't known how?

Well, here's the thing. I'm looking for investors to help fund what I'll call a "splinter" operation. This isn't going to be AGTP, although it will follow similar lines. It won't replace AGTP either - at least, I hope it won't - so your favorite WIP projects aren't going anywhere. (In the event that I AM forced to close AGTP, all current project files will be made public for acquisition by other groups.)

While I can't divulge much just yet, I have put together a viable business plan; the only problem is, this is going to be stupidly expensive for one person to fund. Now, don't get me wrong - I'm not asking for free money. I'm looking to drum up some capital that I can then take to a venture capitalist to say, "Look what I was able to raise on my own!" I will *not* take any money until venture capital comes through, and even then you will be paid back with commensurate interest within a few years. This is not without risks, of course, but if I wasn't confident in my plan I wouldn't be throwing this out here.

If you're interested and can help fund this, even a little, please send an email to this address. Let's do something awesome and show the industry who's boss.

This is pretty much done, other than a (hopefully!) minor issue with the battle system. This is the first I've ever tinkered with actual z80 before, and so far it's been a resounding success. Good game to start with!

Official announcement forthcoming once it's cleaned up a bit. Here's a related video while you wait.

Just dropping a quick note to say that front page updates have been integrated into the Pantheon. You'll be able to talk about posted news by hitting the "Discuss News" link at the bottom of each post from here on out. Enjoy!

Just a quick note to mention that the Pantheon upgrade is complete. The link in the site's nav bar should take you there; if for some reason it takes you to the old address, merely follow Gon to the new one. 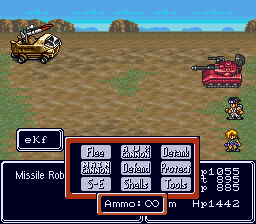 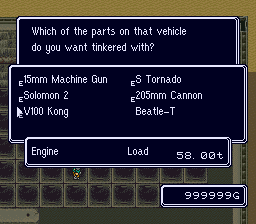 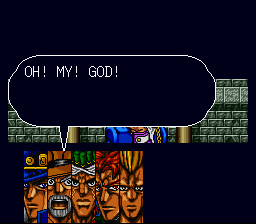