Today I'm launching version 2.1b of the Treasure of the Rudras translation. The primary fix here is essentially invisible, but it was brought to my attention recently-ish that when a character casts a spell in combat their strength and agility buffs get altered due to the expanded spell/mantra names. This fixes that and the cursor bug noted in the readme, but it's only been briefly tested. I'm pretty sure it's bug free as it's a fairly small change, but I won't be confident until more people have played it, so please give it a spin. You can find it in the Extras section of the game's project page for now.

There are a few other issues minor issues in the game: a mantra hint or two don't resolve to what they're supposed to, one person tells you to go in one particular direction when the destination he's sending you to is in the other, "agility" is rendered as "dexterity" in mantra descriptions, stuff like that. I don't have an exhaustive list so please report anything like this you find so I can add it to an eventual version 2.2 update. Thanks! 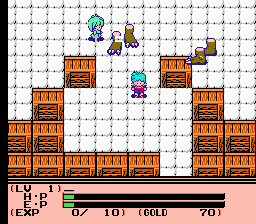