This is a small (big) fix for a small (big) bug which caused random battles to stop completely just before fighting the last boss in world 3. I'm looking for a code to manually re-enable them, but in the meantime a patch which fixes the bug is up.

The nutjobs who programmed this crap need to be beaten with a tire iron. For those who are interested, the bug was caused by an extremely unlikely combination of factors, including (1) the location of one particular string in the rom, and (2) the particular method by which the string was accessed. The simple probability of any string starting at this address is one in 65535...

After ten days of extreme beta testing and ten more(ish) of extreme midnight oil burning, Mystic Ark is finally available for public consumption. Do please be sure to read the readme, as it contains several notes about the translation itself.

And yes, this should work on your SNES, should you have a copier. 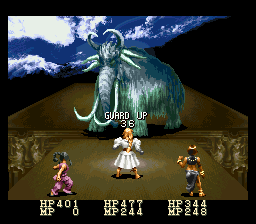 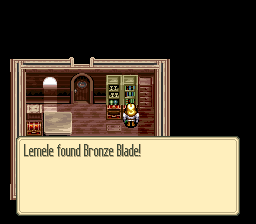 Mystic Ark entered playtesting on Sunday afternoon, and the tests have been progressing smoothly. We've been moving at a quick pace (but are not sacrificing accuracy for speed) and are up to the fifth world on our initial playthrough. Second playthrough should go pretty quickly, faster than the initial one anyway. I've replaced the old screenshots on the project's page with 28 new ones showcasing the current work on the game. 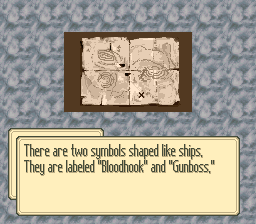 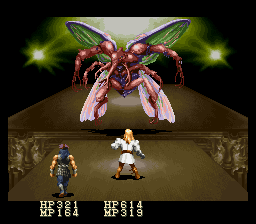 So, since Dynamic Designs posted an update on their Mystic Ark project, I figured I should post an update on mine. As of about 5AM on Thursday, the script has been completely inserted. It's not entirely stable; I was able to play for about ten minutes last night before encountering a bug on the Bloodhook which wouldn't let me leave an item shop, but that's since been fixed. Due to the way the script is stored there are probably a lot of these minor little instabilities, all of which are easily fixed provided they're found in the first place. A fully proportional font has been implemented, as you can see in the screenshots below; in the event that the text needs to be centered, a command for that has been programmed as well. Further, a linebreak command has been added not only to menus but also to equipment displays, and it works better than I could have hoped. I'm writing this from work so I don't have a lot of time, but over the next few days (Monday, probably) I'll be updating the project page with completely new snapshots.

I'm also resolving to work on several games in order, as they're all fairly close to being done and pretty much require either further editing or minor hacking tasks. After Mystic Ark these are, in order, Holy Umbrella, LUNAR: Walking School, Megami Tensei, and Laplace's Demon. I may squeeze Hourai High in there somewhere, get the script ready for satsu to do the extra editing he wanted. But that's what my schedule looks like, at least for now. 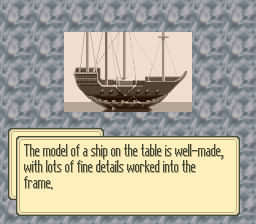 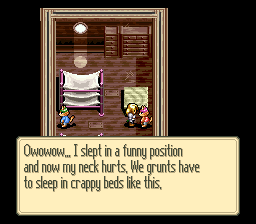 Last night at about 10:00PM Eastern, I *finally* finished mapping out the last of the embedded pointers in Mystic Ark's insert file. All 6562 jumps in the script have now been assigned a unique identifier digit, with corresponding markers and targets for each. That's 6562 copies and pastes. 6562 sets, 6562 writes. And you wonder why this is taking so long :p

That doesn't mean that it's ready to insert yet, I'm afraid. MKendora has written a simple utility to add *normal* pointer writes to the file; I've just run it, and the next step has me commenting out any potential false positives so inserting this thing doesn't completely break the rom. This'll take a while, but I don't imagine it'll take nearly as long as the *last* step took.

So yeah, progress. Nothing that I can show off, I'm afraid, but still. Progress. 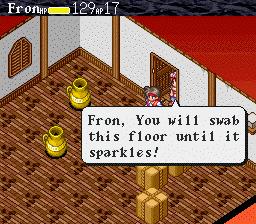