It's taken a whole lot longer than anyone could have predicted, but I think we've finally fixed all of the little niggling technical issues. One particularly nasty one, just resolved, would corrupt your save data and replace characters with multiple Oersteds.

The scripts are all edited save for the final chapter, but of course due to that previously-mentioned save corruption, I need to restart the game from the beginning. Provided a speedy replay and no further technical problems (and maybe some wrangling with SNES9X's cheat engine) an in-house betatest should be coming pretty soon, with a release following shortly thereafter. No promises, though! We thought the technicals had been resolved last September, but look how wrong we were! 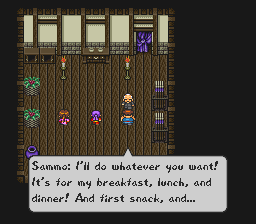 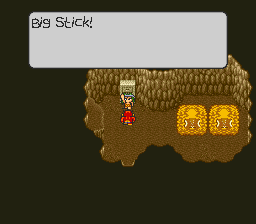 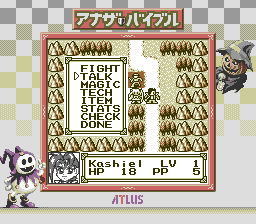