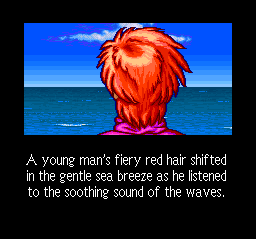 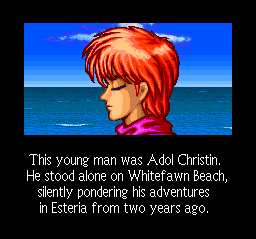 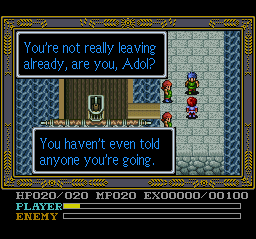 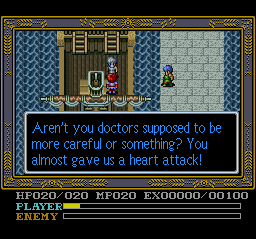 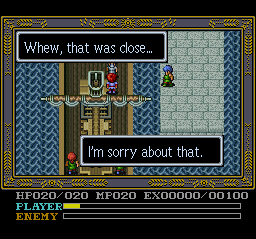 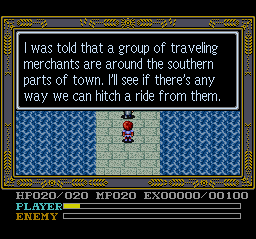 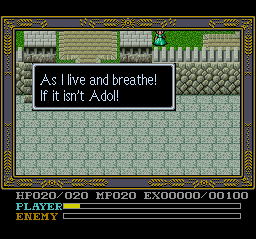 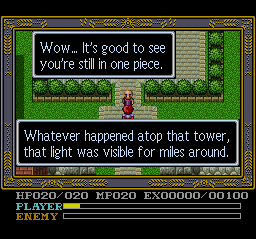 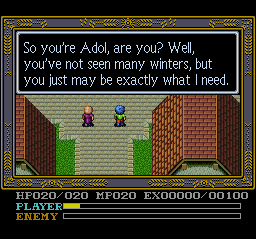 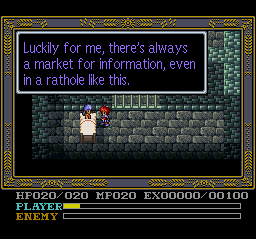 The Mask of the Sun translation was produced in association with Legacy of Ys.

Whee, Ys! FUN! This game is rather unique in its combat style, which is explained well enough in the readme that I'm not going to try to describe it here. In any case, unlike its PCE-CD brother (Ys IV - Dawn of Ys) this game appears to follow the anime OAVs more than it follows the game series. Some of the characters (Norton and Vixen in particular) aren't really introduced in any of the games, Ys Eternal included. The nice thing though is that the Port City of Minea, Minea Plains, and all the other returning areas from previous Ys games have, in general, had their town layout kept the same while the graphics were merely improved upon. While not strictly necessary, it's a nice touch :D Anyway, once you get the hang of it, this game is really fun, so give it a try already!