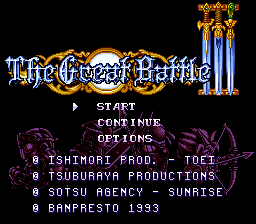 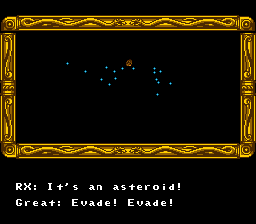 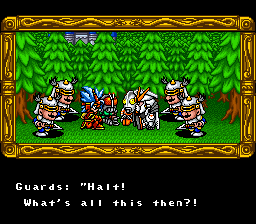 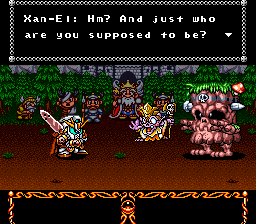 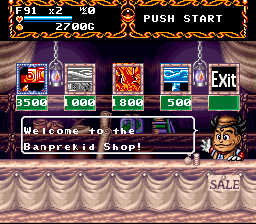 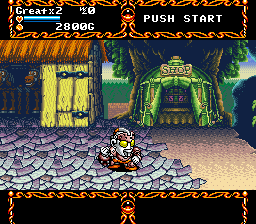 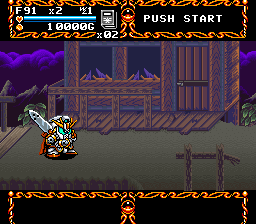 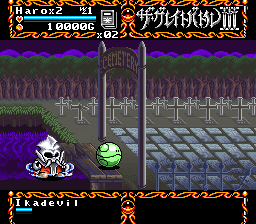 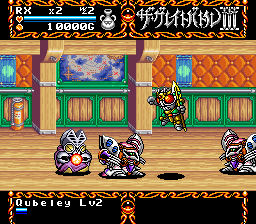 The Great Battle 3 is an immediate followup to Last Fighter Twin. The heroes crash-land on a medieval world on their way home from the final battle in LFT, and must stop the evil wizard Xan-El. It adds weapon levels and shop mechanics. Levels are shorter and unlike LFT the game does not have any alternate routes.

NOTE: The evil wizard Xan-El and the XN-L enemy from OG:MD have the same kana for their name. We've localized the name as XN-L in sci-fi contexts, and as Xan-El in fantasy contexts. This was a deliberate choice. It's pronounced the same in both contexts, however.