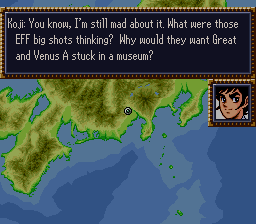 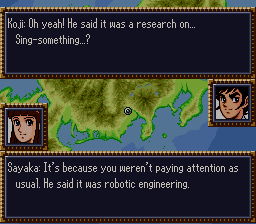 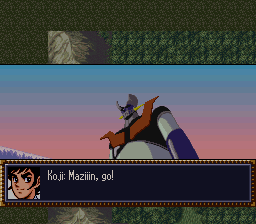 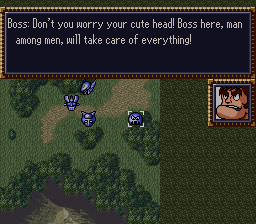 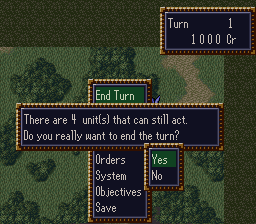 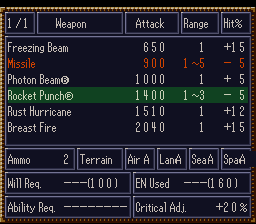 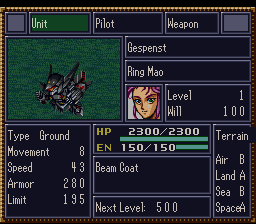 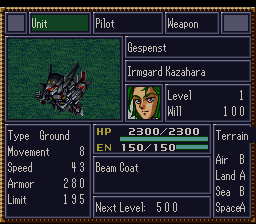 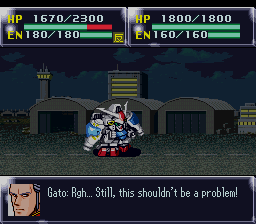 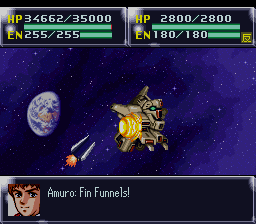 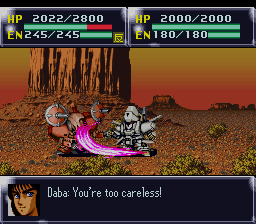 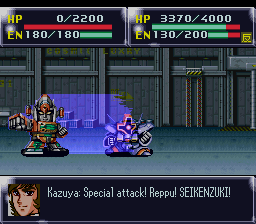 (This information is second-hand. It might or might not be accurate, and if it is inaccurate it will be replaced as soon as a better summary can be found.) Super Robot Wars 4 features the return of the aliens from SRW3, who have become known as the "Inspectors." They're back to retrieve some of the technology they left behind - the capability to use a singularity, or black hole, as a robot's power source. The main character's unit, which starts off as a lowly Gespenst, is powered by the black hole engine developed by Shuu Shirakawa using the alien technology. The gameplay has improved substantially from SRW3 and EX; SRW4 introduces a new system for counterattacking on a situational basis that becomes the core of the SRW series from then on. It's also much prettier!

Script is, for the most part, fully translated at this point, but I'm focusing my efforts on getting SRW Gaiden ready before I really buckle down and get to work on this. In the meantime, if anyone's reading this and has experience in dealing with the SPC700 and would like to help me reverse-engineer the highlighting in the karaoke mode, please contact me ASAP!