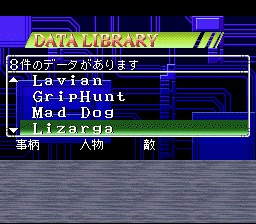 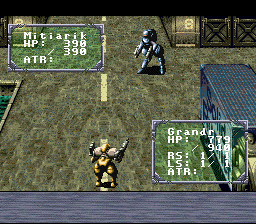 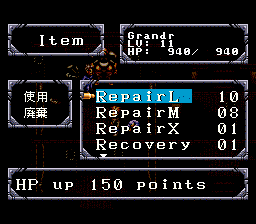 Solid Runner's cool. It's an RPG, and although combat is always (I think) one-on-one, they throw all sorts of new ideas out into the system and make it so that you only have to make at most two keystrokes for a normal attack with -any- of your four main weapons. The combat system's really cool that way, and it's interesting enough that the fact that it's always one-on-one doesn't really seem relevant. So far, a script dumper's been written, although it's not prepped to dump the text yet (see Blue Sphere :P) and it's gonna be a real bitch to reinsert. But on the bright side, I can use as much space as I want for the text ^_^