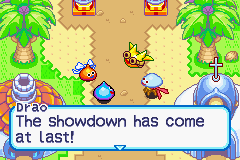 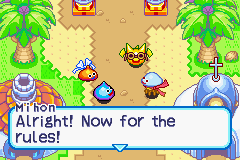 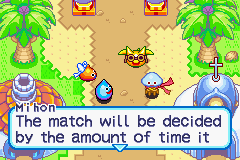 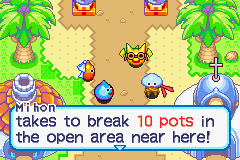 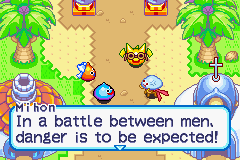 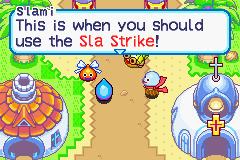 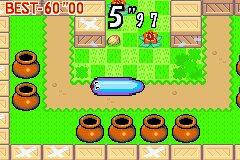 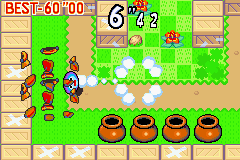 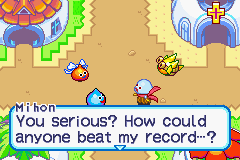 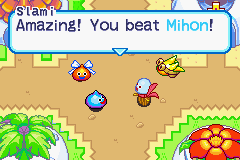 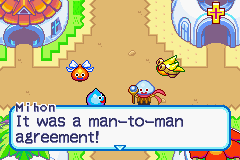 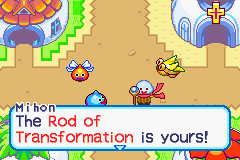 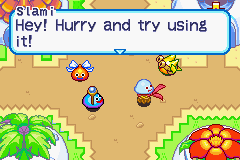 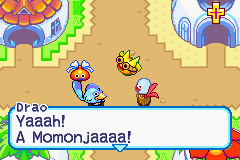 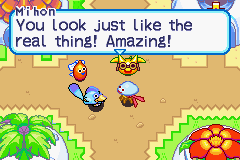 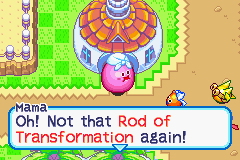 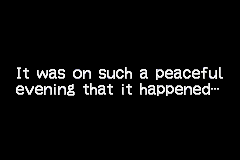 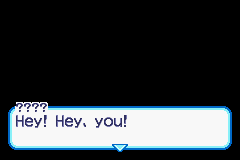 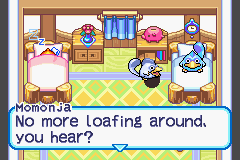 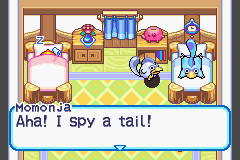 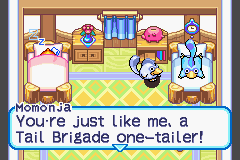 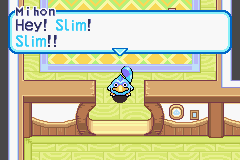 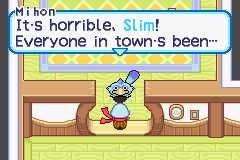 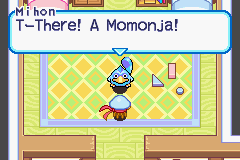 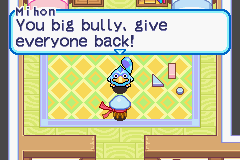 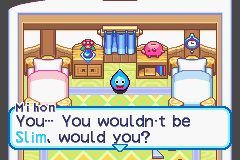 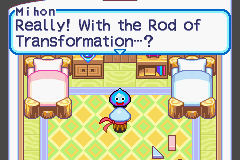 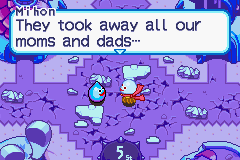 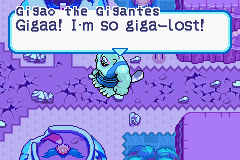 A Momonja gang called the Tail Brigade has sacked Sulan Village and captured Slalin's friends, and it's up to the little blue slime to get them all back! That's the basic gist of the story in Slime Morimori Dragon Quest, a quirky, fun little game you probably wouldn't expect to see as an "official" Dragon Quest. It doesn't play like a Dragon Quest at all, but it's a hell of a lot of fun for a slightly different Zelda clone.

Currently, the text has translated, thanks to Tom/DDS! The current screenshots showcase the translated introduction courtesy of Tomato and Shih Tzu; the latest hacking work is not yet on display.