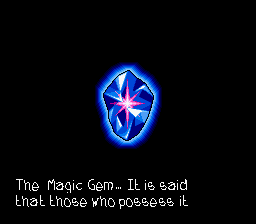 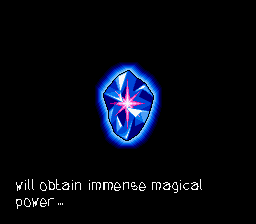 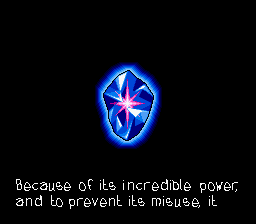 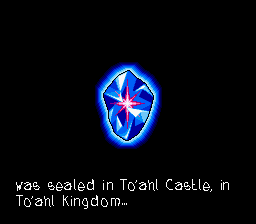 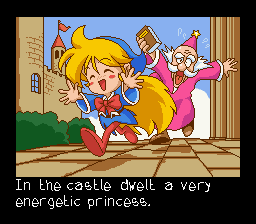 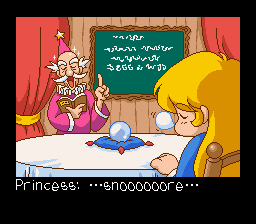 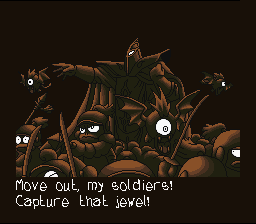 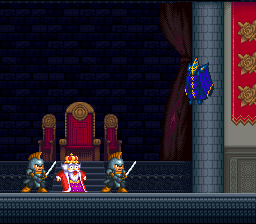 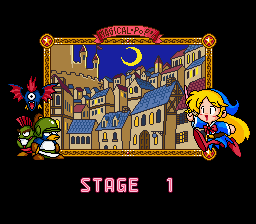 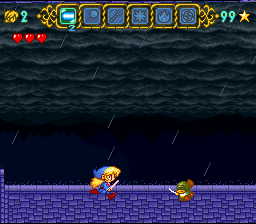 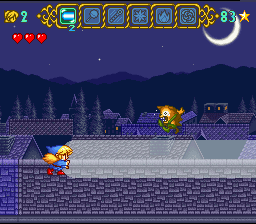 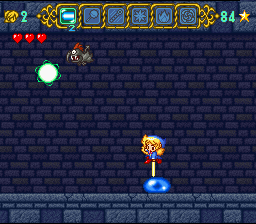 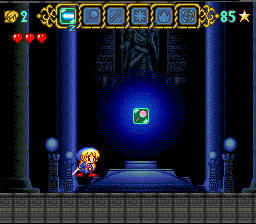 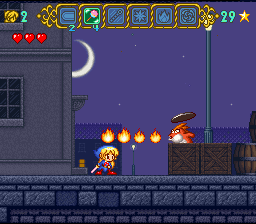 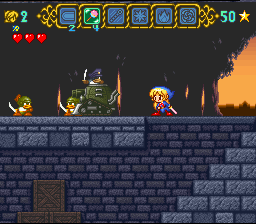 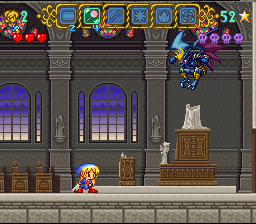 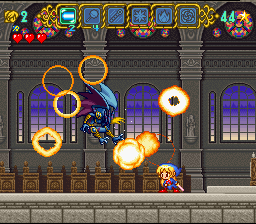 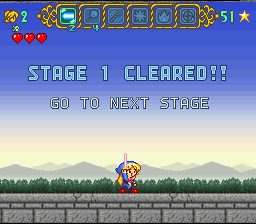 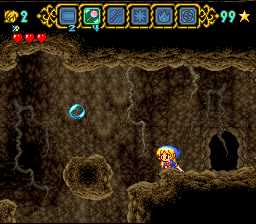 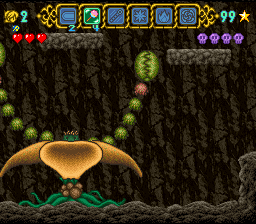 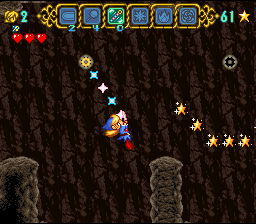 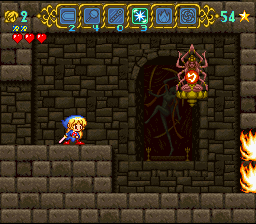 This game's neat. It's about this little insane hyper princess whose kingdom is being invaded by some nasty evil demon army. In the meantime, she's (supposed to be) learning about magic and this crystal of wondrous powers from her tutor (but she's sleeping instead) and that night, when the army invades, she naturally goes bonkers on 'em all. Fun platform-hopping action ensues! The six levels in Magical Pop'n are HUGE, and it's a fairly difficult game too. In each area except the last you'll find a new spell which you'll need to complete the level. Some of them are rather one-use things, such as the flamethrower spell, but a few of them are quite helpful.

Well, everything (the opening and ending) has been translated. Note that the opening cinema occurs if you let the game sit at the title screen and that the ending won't be nearly as cool if you haven't seen the opening! With that in mind, have fun!