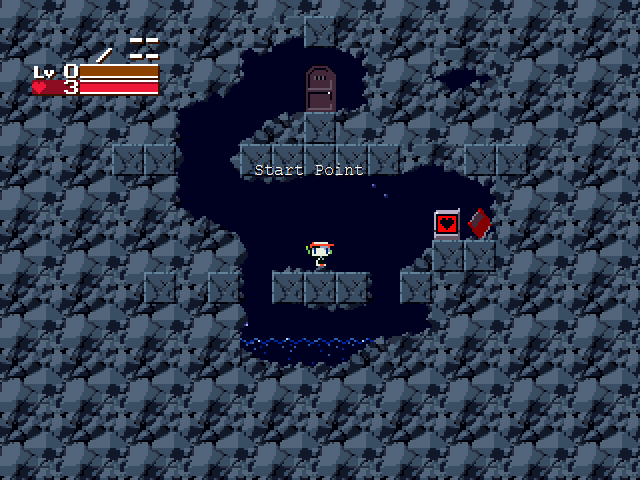 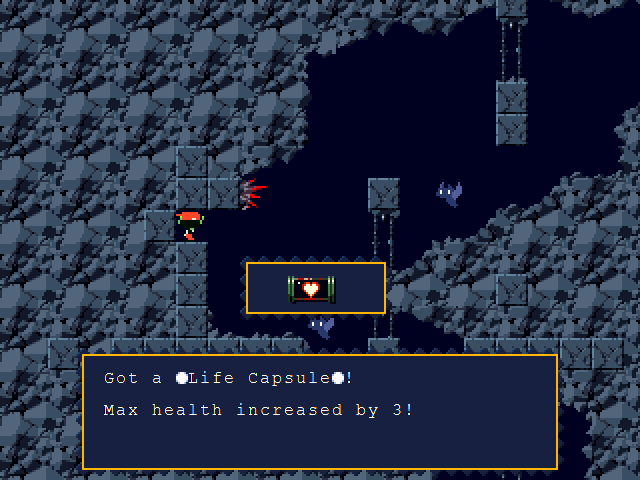 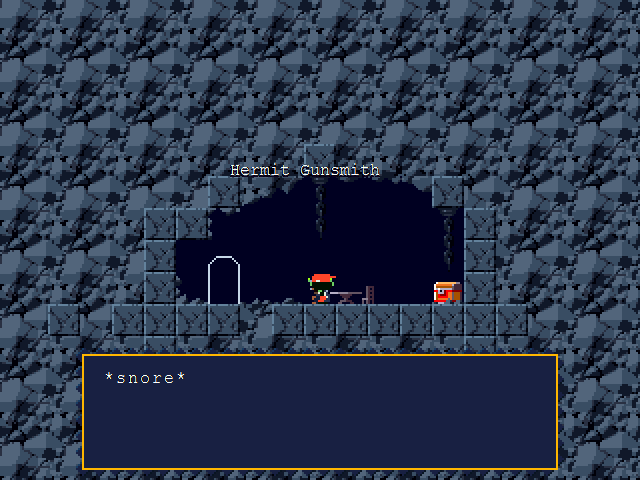 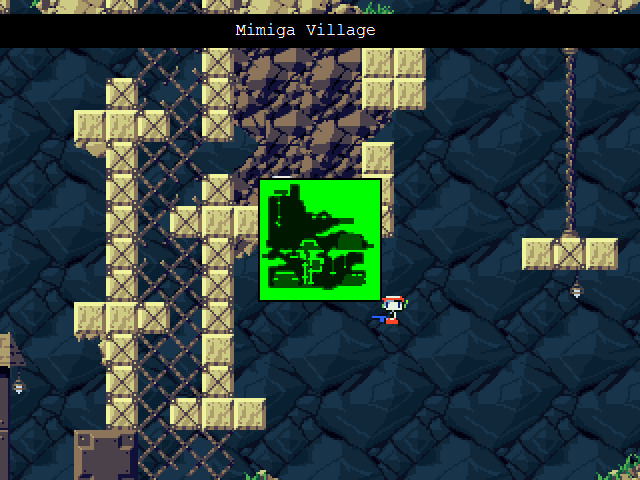 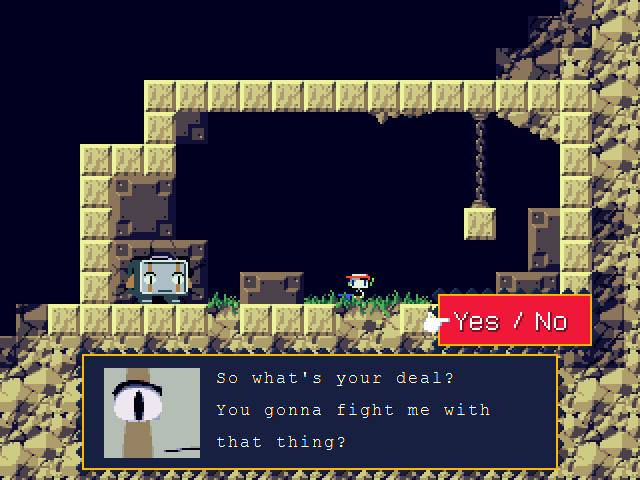 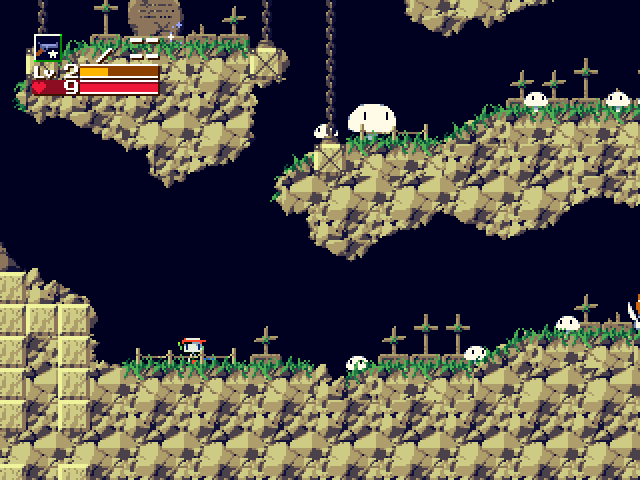 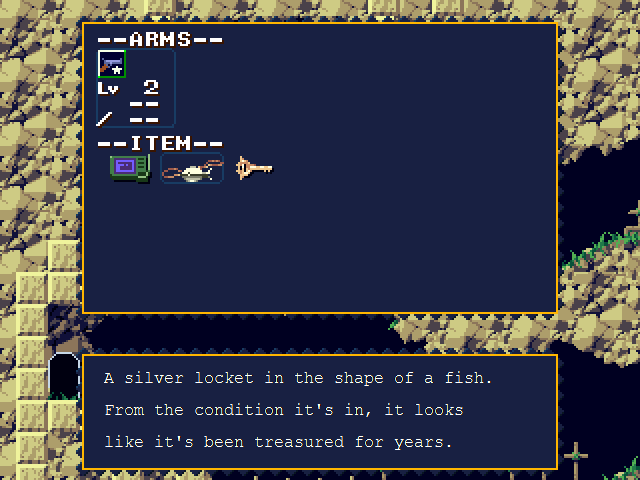 Cave Story is a freeware sidescrolling action/adventure/platformer title with leanings towards Wonderboy and recent sidescrolling Castlevania titles. You control a little amnesiac who runs around helping out these rabbit-ish creatures called Mimigas while trying to find your way out of the giant cave inside the floating island which makes up the game's setting.

You can expand your health meter by collecting Life Capsules in similar fashion to Metroid games, while you can get stronger by collecting energy to boost your firearms' output. Each weapon can be built up to the maximum level (3) fairly quickly, but taking damage will drain energy from its experience meter, sometimes causing it to level down. Given how quickly they power up this only tends to be an issue during boss fights, and even then there's usually plenty of opportunities for collecting more weapon energy.

The game has loads of secrets, too. Shih Tzu and I haven't found everything, and we've each played it through a couple of times (not to mention having read the script.) It's pretty awesome that way.

For a freeware Japanese platformer, it's fairly lengthy and has quite a large amount of text. I'd guesstimate that each playthrough, provided you knew what you were doing, would take about 4-6 hours. Tack on an extra couple of hours if you don't know what you're doing, possibly for extreme problems with nasty bosses (which this game has plenty of, especially towards the end.) We're also talking three very different endings, plenty of plot, and quite a cast of charming characters. It really is a superb little gem :)

Please note that the patch will work with Cave Story 1.0.0.5 _and_ 1.0.0.6, including any glitchy previous versions of the patch. Should future versions of the game be released, I shall do my best to update the patch to be compatable with them.

Also, for those of you having problems finding and extracting the game, click the "Download the Game" link above. The first link of the three at the bottom is the game itself. The second is OrgView, a music player for the game's music, for which I've included a translation patch along side the standard Cave Story translation installer. (Optional.) WinRAR can handle .lzh files with ease.