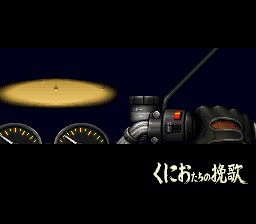 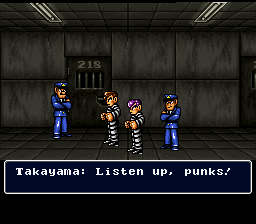 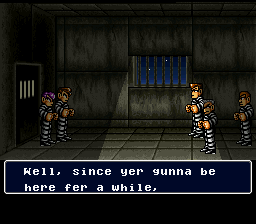 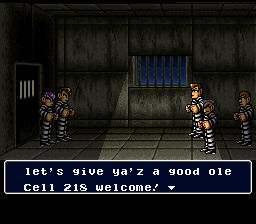 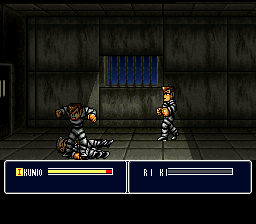 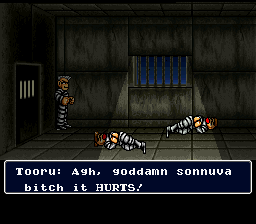 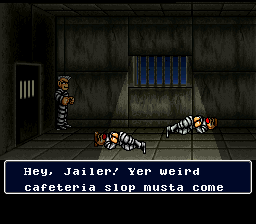 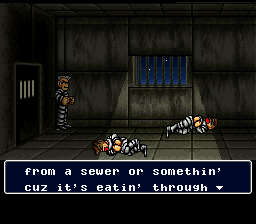 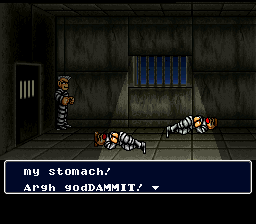 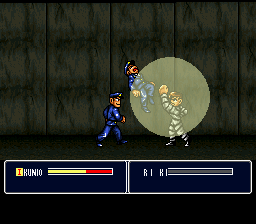 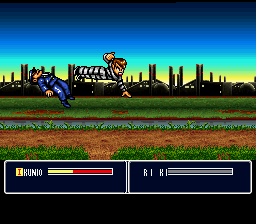 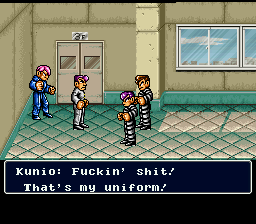 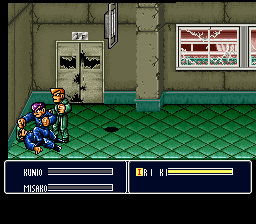 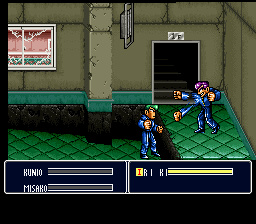 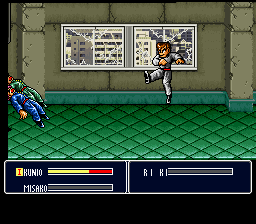 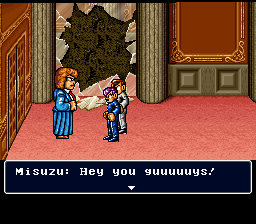 It's Kunio. It's a beatemup. It's fun. Whee. For those who don't know what I'm talking about, it all started (to my knowledge) with a game called Nekketsu Kouha - Kunio-kun which was released in the States as Renegade. That game's quite a bit less popular than its cousin which came out here as River City Ransom, also starring Kunio and Riki. This game is the sequel to the original Nekketsu Kouha Kunio-kun, so don't expect the RPG elements that RCR had in this. It's still quite a fun game, though, and it's LONG for a beatemup.

The story, basically, is that Kunio got in a hit-'n-run accident where he ran a red light and hit a man in a crosswalk, or something. Of course, he didn't really do it; we learn within the first few minutes of the game that there's a Kunio lookalike parading around Tokyo, and he's likely the one who really got into the accident. It's up to Kunio to clear his name, but he's stuck in the juvenile detention center!